“The Chatman’s Women’s Foundation is to empower women to explore, grow, and indulge in their own PowHer. The Chatman Women Foundation ~ TCWF” 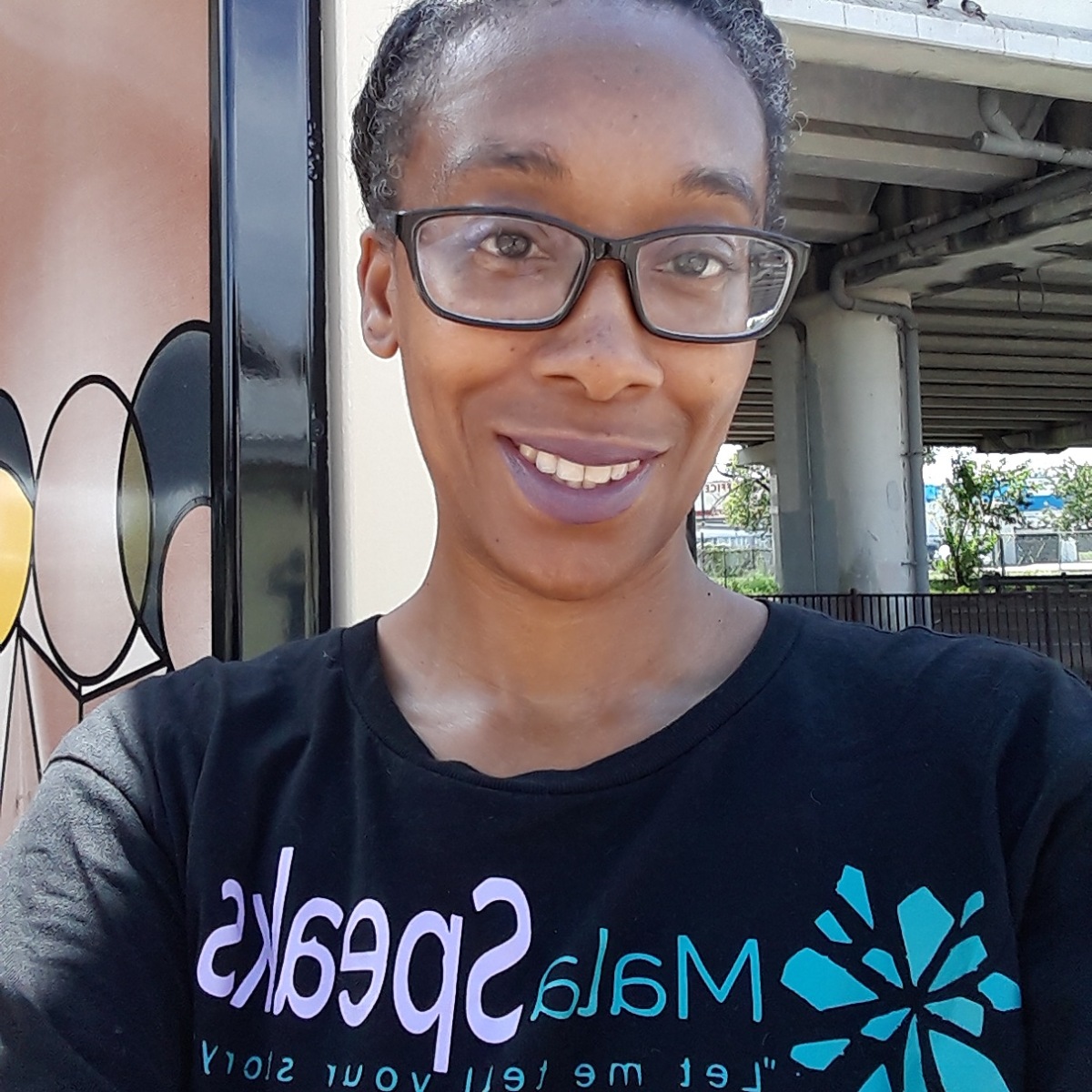 “The Chatman’s Women’s Foundation is to empower women to explore, grow, and indulge in their own PowHer. The Chatman Women Foundation  ~ TCWF”

Shantera Chatman is the TCWF founder is inspiring women to meet them where they stand. She is providing resources to change the narrative of women who need a boost to transition out of a shelter to become self sufficient. TCWF also helps to pay for rent, vehicle, college tuition for advancement, and startup entrepreneurship capital through a grant and scholarship fund.

While at the Ouisies Table, 3939 San Felipe Houston, Texas 77027 on a Friday morning was a packed event. Shantera went to the podium to introduce herself and welcome guest, coaches, and sponsors.

PowHer Play 2019 kicked off with breakfast, conversation, and topics to share among the table group’s. The most controversial topic was gender bias in the workplace. Shantera picked out a story for an example that relates to the topic from the audience.

TCWF scholarship program is now open for applicants to share their story as the advisory board will look over it to pick the winners for 2020.

“PowHer  is a Women’s great ability to do or act upon anything she desires.”

Tejay Bah is all the way from Africa by way of Los Angles (LA). I met Tejay Bah at the Houston Black Film Festival Community Day which was at Montrose Center on March 28, 2018.

Tejay is from Freetown, Sierra Leone. “He graduated from the University of Missouri with a degree in Business.” Tejay decided to move to “LA” like Tejay calls it to pursue his true passion to transition into Stage and Film Industry. (insert from bio)

He is the director, writer, producer, and actor in the new short film “Emotions”. “One of his true dedications are to African cinema and the untold stories of immigrants.” (insert from bio)

“It is about friends with benefits that realize they are more emotionally involved than they admit, until some one is discovered. Now one of them has to grow up and restore the relationship before it all falls apart.”

“Emotions is a guy’s perspective trying to figure out about a relationship between a woman when you decide to say. We are just friends!”

Jatus and Angie discover the difference in the meaning of friends with benefits in their partnership. But, it brings unstable emotions to the forefront each party goes through without title recognition.

These are the questions you start asking yourself in your mind:

Is friends with benefits realistic when you start having strong connections with your partner?

Have you decided to take the relationship to the next level?

Is this real love or setting you up for failure?

I do not know the answers to these questions, but if you watch “Emotions” you will soon find out when life happens to get complicated.

My definition of a friends with benefits situation is a mutual agreement between two parties by maintaining friendship, but also have sexual activity with each other when time permits the opportunity. Both parties want to associate with each other without publicly displaying a title with it.

MaLa: Tejay is there some realness to your own life circumstances associated with the film?

Tejay: It has a little realness about myself, but it is through a friends relationship. I decided to make a short film about it.

“While observing the secondary view of Tejay’s friends relationship. He wanted to start a conversation about relationships with this trendy scenario and how it unfolds.”

MaLa: Are you going to be the next Relationship Guru?

Tejay: I won’t take that title because I am still growing.

MaLa: Why do most men want this type of arranged relationship?

Tejay: Expression of emotion is not small.

“I was trying to explore how does that play out with the girl as long as a physical connection exists emotional there is an physical attachment to that guy.”

“Tejay realized that men need to be mature if you have somebody you like you can move onto the next level. But, if you, as a guy change your mind men will look at you like ‘Am I not a real man’ because I decided to make that decision.”

I commented to Tejay is there a Self Help Book coming soon?

“He said no. But his goal is write about black men and women relationships. Tejay wants to bridge the gap between the Black Americans and Africans because we are more similar than we think.”

“We all fall in love the same way but sometimes we feel invisible Americans have more range than we credit ourselves.”

“Black men and women films that’s my goal as a film maker to telling interesting stories about our culture. In relationships we will get hurt by invisibility and too strong to recognize the pitfalls we put ourselves into without knowing it until it is too late.”

Tejay wants to showcase all this emotional range that everybody else has different cultural partnerships as African Americans and Africans working together for a common goal.

Ask yourself questions is this your pathway to love?

Are you in a friends with benefits relationship?

Do you walk away, hold on to your friendship, fall in love with her/him, or realize that this is the right person for me?

You decide what Jatus and Angie should do?

You choose what side to be on.
Final thoughts from the Director:

“Is look at your own situation?”

“Thank you to my cast and crew who made this possible.”

Unfortunately, I was unable to review the short film “Emotions” due to the miscommunication between the showings of the film. But, the suspense of giving me a sneak peek video makes me excited about this becoming a featured film in 2018.

Tejay’s next project is a docu series called “Going Home”. It has two African Americans and two Africans documentary of going home to Africa tour to tell stories about what’s going on in Africa.

The tour will kick off in Seirra Leone Tejay’s home city Freetown. It will expand throughout the Continent. It will highlight the social, economic, how Africans lives are impacted about untold stories of immigrants.

It was a pleasure meeting Tejay and getting to know him in a short period of time. He is soft spoken person who is private but his work speaks for itself.

He seems to be a quite individual but once he starts warming up and talking about “Emotions” their is a personal connection that flourishes with excitement when he talks about it.

“I wanted to build a space to support women. uplift women. empower women.”

The event started off with Bri and Klarke Foreman COO, of Pink Productions started the mood off with a song by Fly Life Youngstaz AKA F.L.Y. “Sway Surfin” everyone put their arms around each other shoulders and rock left to right side. Bri had an icebreaker called “Pink Prods Network Bingo” it was a fun game to see who was in the room. Whoever got five in a roll won a makeover and photo-shoot. I was inspired just seeing women boss up to get their business off to soar like an eagle. The stories I heard was resilient in not giving up on your dream. It was beautiful to hear. Marriott Westin Houston, https://www.marriott.com/hotels/travel/houmy-the-westin-houston-memorial-city/ Memorial City, 945 Gessner Rd, the side confessions of women sharing stories about new ideas, networking, passing tips, and open dialogue was contagious sounds in my ears.

The first panel was Fashion and Beauty:

Second panel was Women and Arts:

It was all things women empowerment life lessons that got these women to where they are today. In 2016, it was significant recurrence that most of the panelists had a turn of events happened to them in this year. Crucial life lessons to learn to mold your personal and career to new heights in the atmosphere.  The message was networking, support, and building relationships with women. The vendors were women owned operations in our community with some out of towners who came with their brands and products to introduce in the Houston Market.

The opportunity to go to events is a blessing I hope to be invited again next year! I connected to some of the panelist to hopefully to do projects with them in the near future. After the event I decided to be bold and step out on faith to see if my media credentials went through with the Houston Dynamo and Dash organization. Because I felt so inspired by all these women when I got my media pass to the game. Look at God!

Thank you for being a part of my journey!

This is a text widget, which allows you to add text or HTML to your sidebar. You can use them to display text, links, images, HTML, or a combination of these. Edit them in the Widget section of the Customizer.